Phew… we made it!  Android, iOS, Windows, and Mac apps are now ready to Download in their respective stores.

Phone or Tablet
Drawing on a phone screen can be tricky, but we’ve done our best to maximize the available space to give you the option.

Finger or Stylus
Got an iPad with Apple Pencil? Chose between Finger (default) or Stylus drawing mode from Settings.

One Account. Any Platform.
Make area calculations in the field via tablet, then access them back at the office from your desktop. We centralized all account management functions on the web, just log-in to the app and get to work.

Unified Experience
If you’ve used SketchAndCalc™ for the web you’ll be familiar with the Mobile App which is ‘cut from the same cloth’ and shares the Web Apps DNA, which means no learning curve.

Legacy Replacement
These new apps replace the previous versions for iPad and Android tablets and are now free to download.

Built from the ground up…

Following on from the success of the web-app, we’ve released companion apps for Apple and Android devices that match the same user experience.

By reusing much of the same codebase you can expect the same tools, behavior, and compatibility, found at SketchAndCalc.com.

I want to personally Thank You for your on-going support and patience during the development. And hope these new companion apps make your life just that little bit easier.

What will happen to the legacy area calculator apps?

Both the iOS app for iPad, and the Android app for tablets will be replaced.

This is a simple step for Android which is already subscription based. But upgrading the legacy SketchAndCalc™ app for iPad presents a logistical problem. The legacy iOS area calculator app was sold in the app store for $4.99 and was a self contained app. It didn’t allow users to access their saved files from a browser, print or export the area calculations for offline use, and relied on Dropbox for image management.

Along with Android, OSX and Windows app’s, the new version of SketchAndCalc™ for iOS will be free to download, come with a trial and allow users to access their SketchAndCalc account from anywhere.

In short, a subscription to SketchAndCalc™ will allow you to create, save, edit, and delete area calculations across Windows, Mac, iOS, and Android. And when a new feature is added, it’s rolled out to all platforms.

Existing users who purchased the, now legacy, iOS area calculator will have the option not to upgrade and continue using it (despite it no longer functioning in iOS 11). Or choose to upgrade and take advantage of an extended trial, currently, 24 hours, extended for legacy users to 3 months.

When will we get these new apps?

Development work on the area calculator app for iPhone and iPad is estimated to complete by the end of January 2018. Because I set out from the beginning to invest in a centralized codebase, offering the same user experience across all platforms, the level of effort needed to rollout to new platforms such as Android, Microsoft Windows, and Apple’s OSX is greatly reduced.

What this means is that once the mobile experience has been built, the remaining effort centers on platform specifics, like image importation, multiple screen sizes etc.

If things go to plan, the Area Calculator App for Android will follow hot on the heals of iOS. Leaving the month of February 2018 to focus on the desktop apps for Windows and Apple OSX.

There are no plans to release a version of SketchAndCalc™ for Windows mobile.

How much will the new apps cost?

All area calculator app’s will be free to download.

Will there be an area calculator app for phone screens?

Yes. As mentioned above, an app for Apples iPhone and Android Phone’s will be built. It’s questionable whether usability on small screens will be acceptable for all, but the choice is there.

While you wait for the new Area Calculator Apps

If you have time to spare, and have read my posts on how to find area of land, or any irregular shape, please do consider sending me some feedback. I will of course update this post with the release of the mobile apps, and an estimate on when those desktop clients will be ready to download. 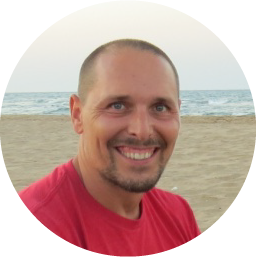